Fintechs – The Answer to Financial Inclusion? 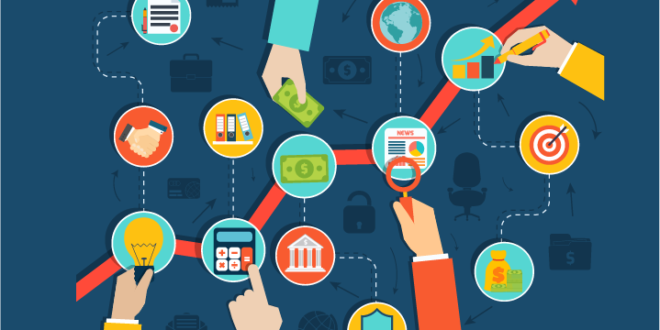 Financial inclusion, as defined by the World Bank, is where individuals and businesses have access to useful and affordable financial products and services that meet their needs delivered responsibly and sustainably.

What are the roles of fintechs?

Fintechs are being created with the sole purpose of ensuring that individuals and businesses have access to their financial products and are making great strides in creating financial inclusion.

The general discourse surrounding fintechs and their role in creating financial inclusion should begin with the establishment of the problems with being financially excluded, such as high-cost loans and an inability to build up assets. Following this, examples of fintechs across the globe, in less developed and developed countries, are central to the discussion. Moreover, there are a number of non-governmental organisations (NGOs), such as the Bill and Melinda Gates Foundation, who are investing in and actively supporting fintechs in making finance inclusive. Finally, the obstacles that lay between fintechs and financial inclusion should also be considered.

Can fintechs, with the help of other organisations, really create financial inclusion?

Financial inclusion has become a buzzword in the past decade amongst international organisations like the World Bank and the IMF who seek to encourage sustainable economic growth internationally. Moreover, the recent rise in fintechs, especially those who set out to tackle problems preventing financial inclusion, offers a glimmer of hope in bringing about financial inclusion and is showing significant promise in many parts of the world.

What are the problems of being “financially excluded”?

There are several problems with being financially excluded but the main ones are the high-cost loans and an inability to build up assets. There is plenty of evidence to suggest that these high-cost loans are not limited to the developing world as it is prevalent even in the UK. Credit company, Experian reported that approximately 3m people in the UK used high-cost credit in 2017. It is highly probable that the vast majority of that 3m were low-income earners who could not access mainstream credit.

Moreover, the financial burden of credit with extortionate rates is compounded by the cost of even accessing these basic financial services. Considering that this is occurring in one of the wealthiest countries in the world, one can imagine how difficult the situation is in less developed countries.

Moreover, the inability to build up assets is highly problematic because there is an absence of protection from unexpected events. Unexpected events may include redundancies, expensive repairs and maintenance of cars or homes, and, perhaps more topically, natural events like the COVID-19 pandemic. These events are all unpredictable and have severe consequences as they involve either an abrupt stop in income and unanticipated expenditure. Both of these issues are potentially crippling because it means that any money available has to be re-diverted from other spending areas and prioritised. 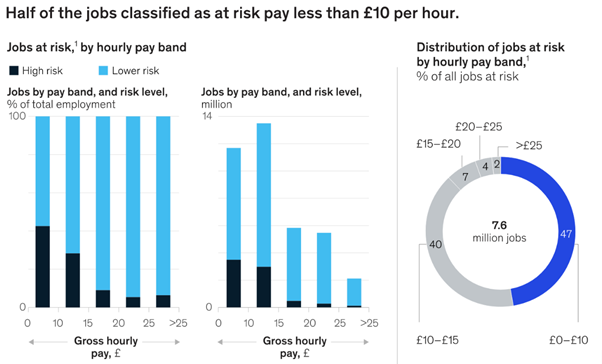 Source: McKinsey’s study on COVID-19 in the UK job market.

Recent studies suggest that approximately 1.7bn people across the globe are unbanked. Of equal importance and interest, it is also estimated that of that 1.7bn, 500m have access to the internet. It is the rise in access to the internet and mobile phones that make fintechs the obvious solution to creating financial inclusion. Evidence of fintechs seizing this opportunity can be seen in Nigeria where many people have access to the infrastructure to access and manage their finances digitally. Whilst there are the traditional problems of distrust and lack of literacy or understanding of applications, McKinsey identifies that trust is increasing amongst the Nigerian population (approximately 51% trust fintechs the same as their bank) and they are prioritising access and convenience over price and value. 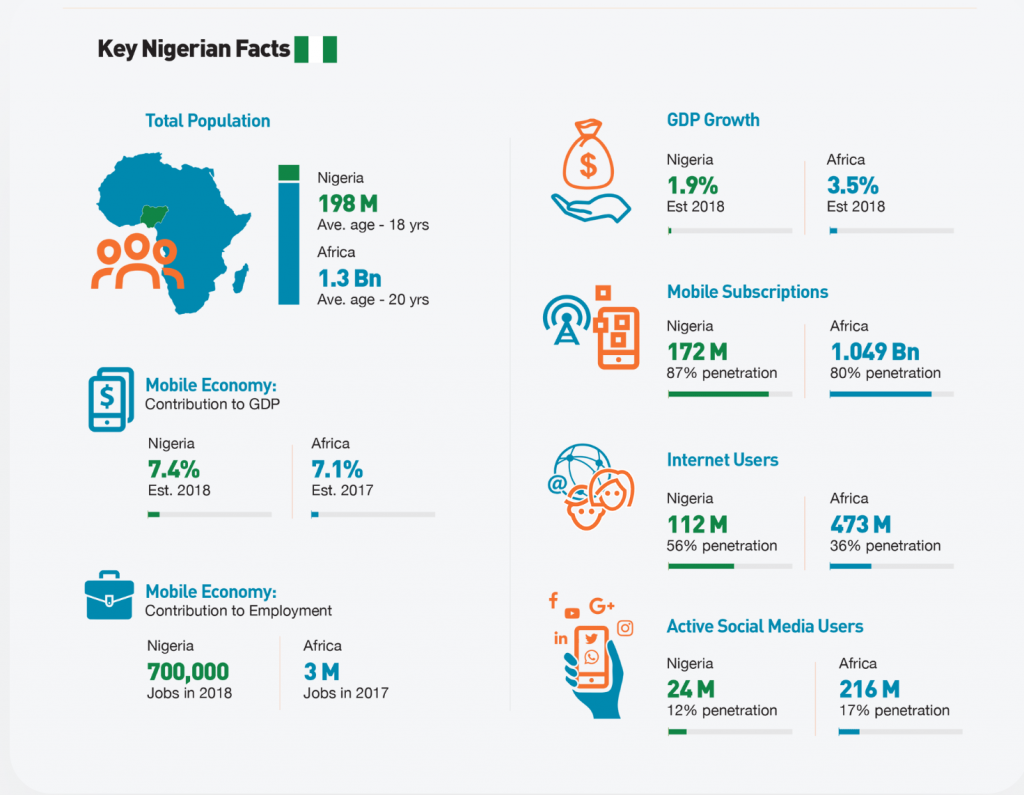 Fintechs are solving the geographical barriers to traditional banking

A problem with why people in developing countries cannot access physical financial services is because of geography where they literally cannot get to or it is inconvenient to travel to a bank. Digital banking solves this problem perfectly. A case study of this point can be seen in Kenya with M-PESA which provided its customers with the ability to access microfinance loans and transfer money. The success of M-PESA can be quantified by the increase from 34% to 43% in the rate of financial inclusion in sub-Saharan Africa between 2014 and 2017. In a matter of three years, an increase of 7% is a remarkable feat, and as more fintechs are created to tackle financial exclusion we are likely to see these figures rise even higher. The data in Nigeria and the success of M-PESA in Kenya corroborate to support the assertion that fintechs have a golden opportunity to combat financial exclusion in the developing world and it looks to be heading in the right direction.

There is still a long way to go for the UK to become one of the world’s most inclusive economies, but things look to be changing

The UK does not even break the top ten for the world’s most inclusive economies according to the World Economic Forum. This shows that even as one of the world’s richest economies, there is still progress to be made in making finance inclusive. UK fintechs, Monzo and Creditspring are attempting to do just that. Despite not being a fintech company, HSBC should be recognised for its efforts in partnering with the homelessness charity, Shelter in allowing the homeless to open bank accounts. 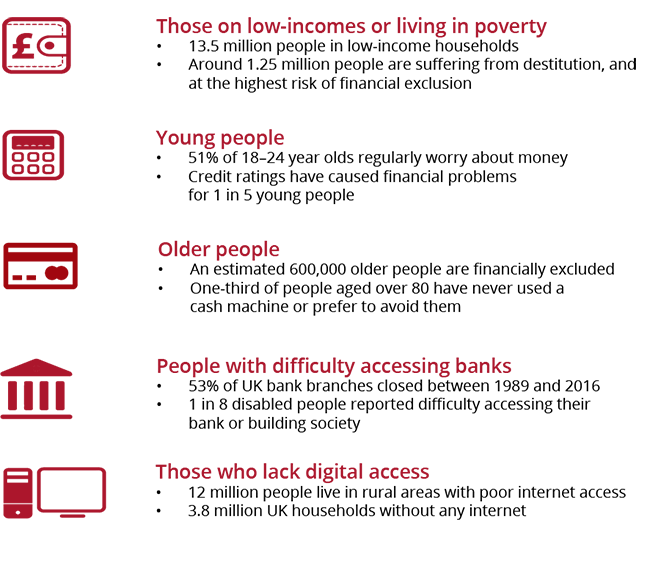 Source: Research into the financially excluded in the UK

Monzo have created a campaign called #NoBarriersToBanking which pledges to eliminate the barriers to access financial systems. So what are Monzo doing to make finance more inclusive in the UK? Monzo is making content available for their customers so they make well-informed financial decisions, they allow refugees, recent immigrants, and the homeless to open bank accounts using a friend’s address, and have made their terms and conditions regarding debt more transparent.

Creditspring, a UK fintech, making low-cost loans a possibility for those who need it most

Moreover, another fintech company Creditspring was founded in 2016 with the goal to help people access flexible, no-interest loans. By improving credit scores, Creditspring is ensuring that its customers are able to build financial resilience, protect themselves from the unexpected and access further affordable credit options. Creditspring’s customer case studies are testament to their success and show its potential to reach more people in the future. All of these efforts by Monzo and Creditspring are making considerable strides towards making finance more inclusive in the UK and show how simple actions truly go a long way for many.

As financial inclusion has entered the mainstream economic development goals, there have been major investors in companies tackling problems with financial inclusion and NGOs committing to help too. One of the largest insurance companies in the world, AXA has partnered with MicroEnsure to make insurance more accessible and available to customers in Africa and Asia. Another example is one of the biggest investment banks in the world, Goldman Sachs investing in Nubank. Nubank is the largest fintech in Latin America and offers its customers a credit card with no annuity fees via a completely digital platform.

NGOs are paramount to the push for financial inclusion

The Bill & Melinda Gates Foundation is a prime example of an NGO which contributes to the cause of making finance more inclusive. They do so by raising awareness and by identifying and supporting partner organisations. These partner organisations include the Better Than Cash Alliance, Innovation for Poverty Action, and the World Bank Financial Inclusion Practice.  The united efforts of major companies and NGOs to tackle problems hindering financial inclusion is evident and will undoubtedly play a significant role in achieving financial inclusion.

What obstacles remain in the mission to achieve financial inclusion?

Unfortunately, the efforts of fintechs, major organisations, and NGOs are not without challenges. Problems that remain include the lack of ability to actually utitlise the digital applications/platforms, data protection, and cyber-security. Whether it is due to low-level literacy or an inability to operate the digital platform, a group of people who are financially excluded is unfortunately shut out from the services that fintechs offer. However, there are efforts to make voice-based platforms that will solve many of these problems and it is just a matter of time until this group becomes financially included.

Data protection and cyber-security are ultimately problems which centralise around trust. Trusting a company to protect your data and to keep your money safe is difficult, especially for low-income earners in developing and developed countries where their savings could be a matter of life or death. Security breaches and cyber risks pose the biggest threat to fintechs, and therefore fintechs will have to go above and beyond to prove that their safeguards are capable of deterring and preventing hacks.

Are fintechs the answer to financial inclusion?

It is difficult to provide a categorical answer to an incredibly complex issue. However, it is immediately clear that fintechs are advancing attempts to make finance inclusive. Fintechs have the unique ability to capitalise on the increasingly technologically-driven world we live in today and to tackle the problems that are making financial inclusion unattainable.

Moreover, fintechs are identifying geographic areas, such as Africa and Asia, with the greatest opportunities to make their products and services available to the masses. The significant contributions and investments made by major organisations and NGOs demonstrate that it is universally accepted that fintechs have great potential to solve the problems created by financial exclusion.

Despite the difficulties of using completely digital platforms and creating impenetrable security, these are issues that are being solved. Therefore, these issues bear little consequence on the overarching assertion that fintechs are making remarkable progress in breaking down the barriers to financial services.