An introduction to the world’s most used cryptocurrency, Bitcoin 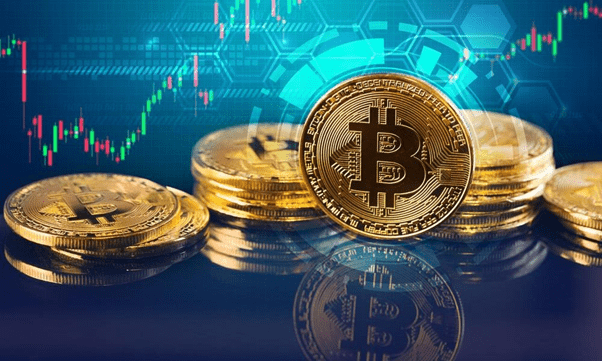 Introduction to cryptocurrency, Bitcoin, and blockchain:

Cryptocurrency, Bitcoin, and blockchain have made their way into the financial lexicon and are highly complex topics. However, gathering a brief overview of Bitcoin, an idea of how Bitcoin is mined, how to buy and use Bitcoin, and the advantages and drawbacks of Bitcoin is invaluable in attempts to understand and navigate these subject matters.

Cryptocurrency is a digital currency in which encryption techniques are used to regulate the generation of units of currency and verify the transfer of funds independently of a central bank. Launched in 2009 after the 2008 global financial crisis by Satoshi Nakamoto (a pseudonym for an individual or a group of people), Bitcoin has since spearheaded the cryptocurrency revolution. The 2008 crash sparked protests against the big, traditional banks and pushed people towards one of the fundamental pillars of Bitcoin: decentralisation. Therefore, the value of Bitcoin is dictated by the market forces of supply and demand.

Bitcoin continues to be the most used form of cryptocurrency and operates through blockchain. Blockchain is a system in which a record of transactions made in bitcoin or another cryptocurrency is maintained across several computers that are linked in a peer-to-peer network.

Blockchain is a cornerstone of Bitcoin and ensures its decentralisation, scalability, and security. Bitcoin continues to dominate the cryptocurrency discussion and its constantly increasing popularity, the recent $50 million investment by the online payment processor, Square and Bitcoin’s market capitalisation from its inception to the present day is proof it is here to stay.

How is Bitcoin mined?

Mining is the solving of a problem, also known as a hash, upon which completion adds a block to the blockchain. As a reward for solving the hash, the miner is given a fraction of a Bitcoin. Mining is both difficult and competitive which is how the supply of Bitcoin is controlled. In 2009 when Satoshi created Bitcoin, a limit of 21 million Bitcoin was set. As of September 2020, approximately 18.5 million Bitcoin had been mined. Despite the low cost of mining because individuals just have to pay for the electricity to power their computers, it remains a demanding process because solving hashes become increasingly difficult as more Bitcoin is mined. However, the arduous process of mining is key to allowing the market forces to determine the value of Bitcoin because there can be no manipulating of the monetary supply as there is no central bank.

However, the absence of a central bank comes at a cost. The price of Bitcoin becomes more volatile and the inflation rate cannot be kept low and stable. The advantages of a low and stable inflation rate for the general population are low costs of borrowing and lower prices for goods and services.

How to buy and use Bitcoin:

As of the end of September 2020, it is estimated that there are 54 million Bitcoin wallet users. Whilst that is not to say there are 54 million users as individuals may have multiple wallets, that figure offers an insight into how commonly used Bitcoin is. The most simple and accessible method to buy Bitcoin is through a digital currency exchange, such as Coinbase or Binance. These exchanges often charge a fee for using the platform, but the advantages of these exchanges are their usability and convenience. The exchanges are ideal for amateurs and more experienced Bitcoin owners alike and offer a means of storing Bitcoin too.

Bitcoin is undoubtedly becoming increasingly popular. Consequently, more companies are accepting Bitcoin as a valid form of payment. For example, Microsoft, the RNLI (charity), and Lush accept Bitcoin. Lush publicly announced its decision to accept Bitcoin to eliminate the geographic and financial barriers to purchasing its products where there is one global price set by Lush which eliminates/significantly reduces the costs of foreign exchange rates and foreign spending fees charged by banks.

What are the advantages of using Bitcoin?

There are a number of advantages to using Bitcoin. Firstly, it is extremely fast and global due to its very nature of being a cryptocurrency. Secondly, it is immensely secure because of blockchain. Thirdly, Bitcoin presents a unique opportunity for those in less economically developed countries to access banking.

The speed at which transactions can take place is possible because Bitcoin does not require third parties and the same amount of verification steps as blockchain allows this to be done by the network instead. Despite the impressive speed of Bitcoin, the blockchain ledger requires more time to update compared to card transactions which limits Bitcoin’s usefulness. Whilst Bitcoin can be considered global as it has an international price, it must be recognised that it is banned in a number of countries such as China, Russia, and in a number of South American countries (Bolivia, Columbia, and Ecuador).

Bitcoin is highly secure because it is encrypted via blockchain. On a more personal level, however, it is up to the individual to decide how to store their Bitcoin. There are two methods: through software or hardware. Software is highly usable for beginners to Bitcoin as it is often available on the same platform used to buy Bitcoin. Examples of software to store Bitcoin include Coinbase, Bitpay, and Edge. Software is considered the less secure method of storing Bitcoin as it relies on third parties which are vulnerable to hacking and scams.

On the other hand, hardware is considered to be the more secure of the two and more tailored towards the experienced Bitcoin user. Hardware is a physical object like a USB stick and stores Bitcoin offline which is another layer of security. Examples of trusted hardware to store Bitcoin are Trezor and Ledger.

Bitcoin offers a means of banking for those in less economically developed countries which cannot be underestimated in its importance. The UN has acknowledged cryptocurrency’s potential in tackling hyperinflation and barriers to banking, especially in Africa where inflation levels are outrageously high (102% in South Sudan between September 2016 – September 2017). The UN predicts that there will be 725m mobile phone subscribers in Africa which presents an opportunity for cryptocurrency, especially Bitcoin, to improve the lives of millions. With that said, it remains paramount to exercise a degree of caution when using cryptocurrency.

The disadvantages of using Bitcoin:

The disadvantages of using Bitcoin include the irreversibility of transactions, the knowledge gap required, and the extraordinary price volatility. These factors have been discussed at length by the critics of Bitcoin. Additionally, remembering that card transactions continue to be quicker than Bitcoin as well further contributes to the criticism that Bitcoin has received since its creation.

Firstly, there is a distinct lack of protection for users of Bitcoin because transactions are irreversible. If one were to be hacked or be scammed, then there would be no way to recover the lost Bitcoins. When compared with traditional banks where laws and regulations protect the account holder up to certain amounts from hacks and scams, Bitcoin is evidently the higher risk option.

Moreover, there is undoubtedly a knowledge gap that isolates a large proportion of the population and prevents them from using Bitcoin. Whilst that is not strictly an inherent flaw in Bitcoin, it remains a disadvantage as it makes it a less attractive proposition compared to the tried and tested, mainstream methods of banking.

Cryptocurrency, Bitcoin, and blockchain especially are becoming increasingly important topics in a number of industries. Furthermore, these topics are entering the popular political and economic discourse across the world and therefore require a degree of understanding. It remains unknown as to whether Bitcoin will become the global currency that people predicted it to become since its creation in 2009. Bitcoin has certainly shaken up the world in the post-recession time period where there was discontent against traditional banking systems. Bitcoin continues to break barriers to this day where finance and technology are becoming increasingly intertwined. Bitcoin is on course to stay, and it will be interesting to see what happens when the 21 million Bitcoin limit is met.

With the advantages and disadvantages of Bitcoin discussed, there are some key points to consider to remain safe and protected from the risks involved: