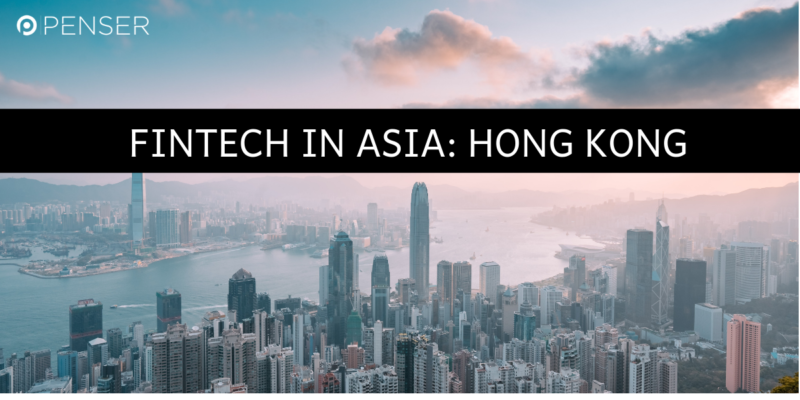 “FinTech is a key technology area to focus on and invest in.” – Ms. Carrie Lam Chief Executive of Hong Kong (2018).

In April 2019, there were more than 550 fintech companies and start-ups that had made Hong Kong their home base, according to InvestHK. The city accounts for nearly 14% of the world’s fintech startups. While Hong Kong had been a little slow to adapt in the first few years of the digital revolution across the financial sector, it has recently begun driving strategic growth initiatives to transform itself as a fintech hub. 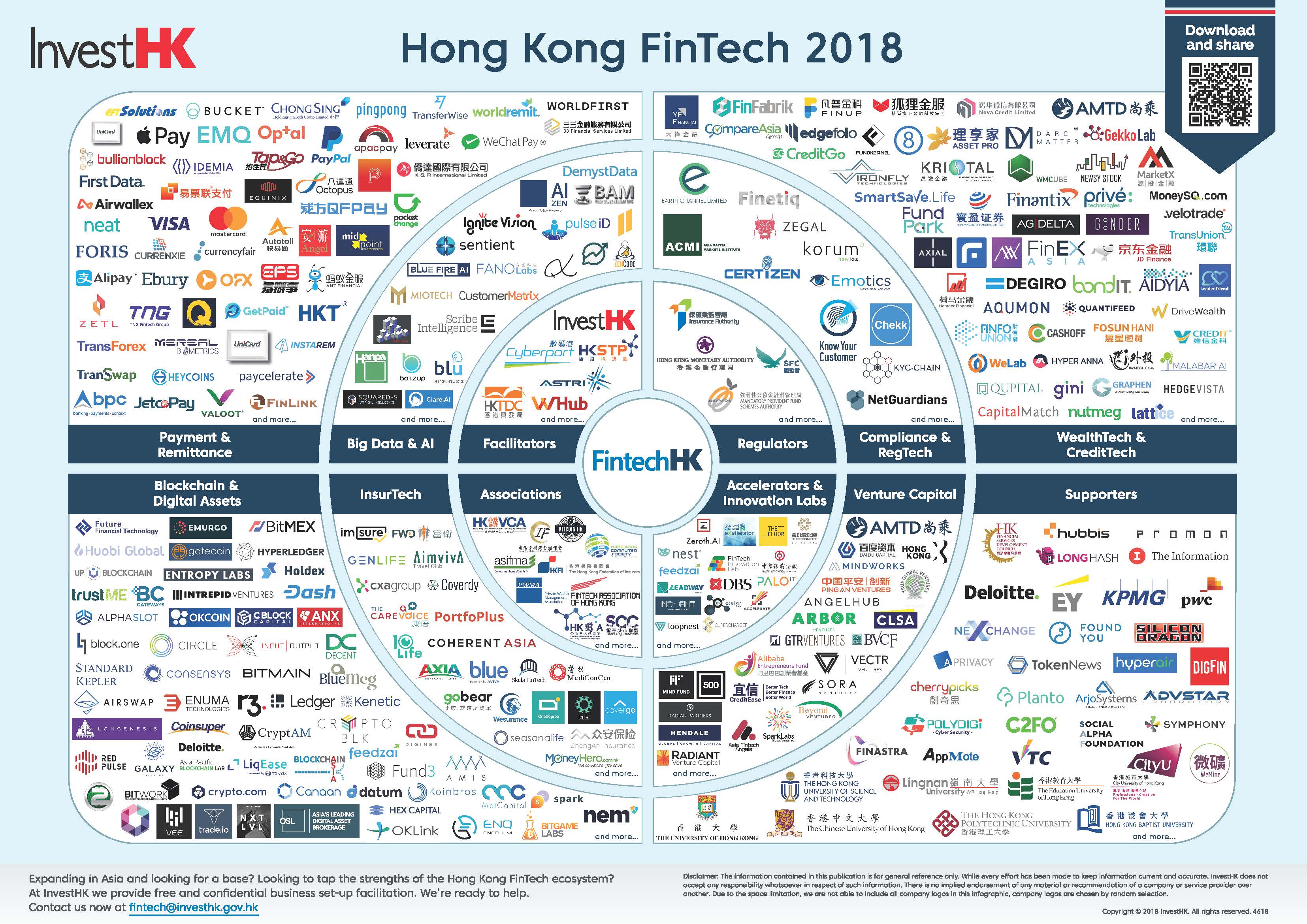 Fintech companies in HK garnered over $1 billion in investments over the past five years, a favourable comparison to similar ventures in other APAC countries such as Singapore and Japan. In 2018, the HK government pledged $10 million over the next five years to develop financial services, with a special emphasis on fintech. According to the Global Financial Centres Index, Hong Kong ranks as the largest financial centre in Asia, and third in the world, behind New York and London. The city is home to 70 of the top 100 banks in the world, and the total assets managed amounted to $3.1 trillion in 2017. There is certainly demand by customers, both within the city and the larger country, and also across the globe, for innovations in the financial services space. This indicates a growing opportunity for the companies working along those lines.

There are nearly 160 licensed banks in Hong Kong as of June 2019. Established players such as HSBC and Standard Chartered will soon face stiff competition as the Hong Kong Monetary Authority (HKMA) has been rolling out digital banking license, with eight virtual banking licenses handed out in the past two months alone.

“In the new era of Smart Banking, the industry, the FinTech community and the HKMA must work together to transform the financial ecosystem of Hong Kong,” said Mr. Norman Chan Chief Executive of the Hong Kong Monetary Authority in a press release about the digital transformation initiatives led by the HK government. 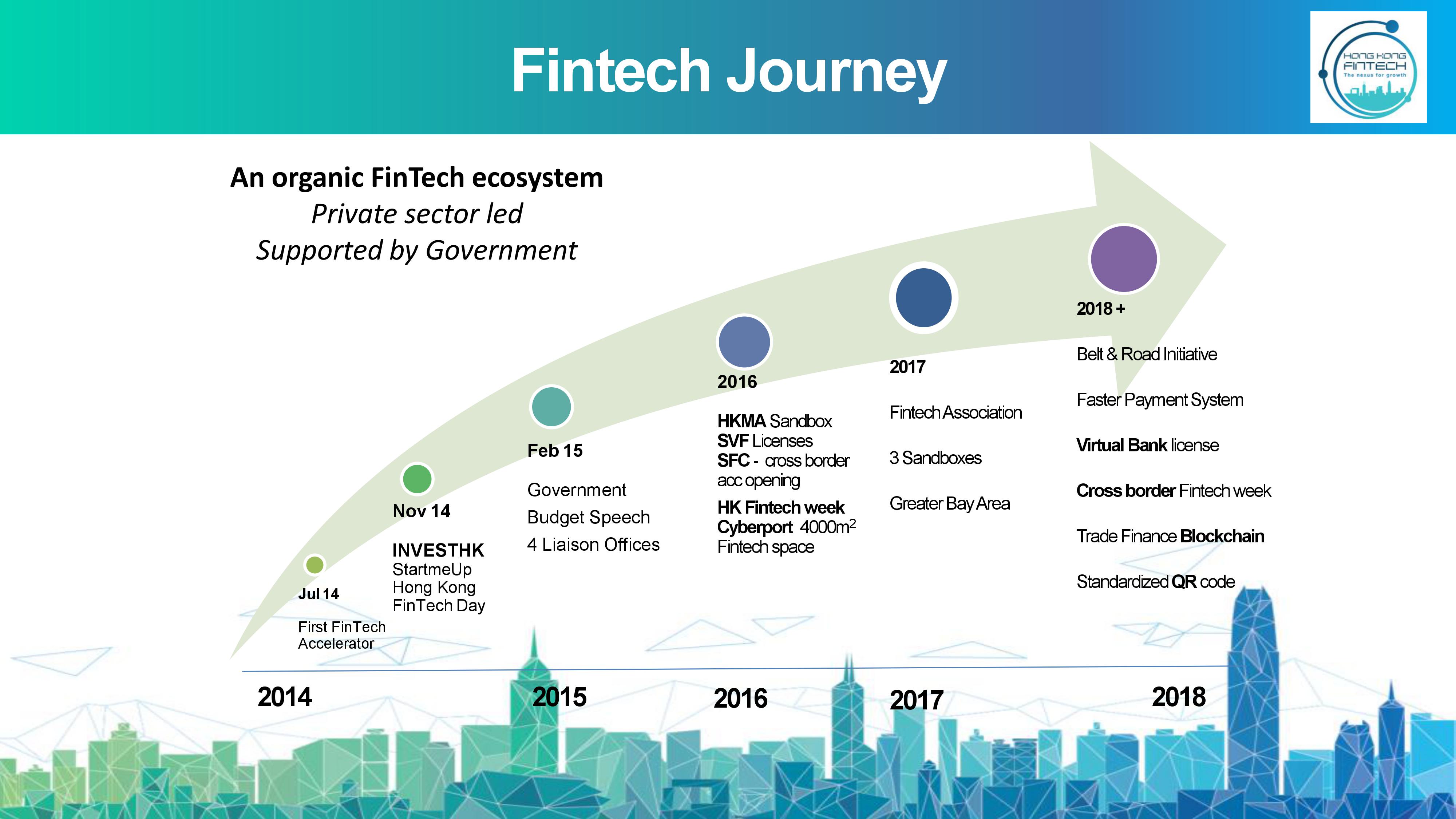 Earlier this week, HSBC rolled out their digital wallet targeting small businesses and start-ups. Since the pre-launch in April, the bank has received thousands of applications and has 3,000 registered users so far. HSBC is looking to increase that number by appealing to merchants by offering data from their 1.5M customers on their individual digital wallet Pay-Me, to better understand what customers want.

HSBC’s venture serves a dual purpose: establishing the bank as an important player and partner in the ongoing digitisation in the city’s financial sector and fending off competitors Alibaba (and its financial branch Ant Financial) and Tencent, both of which have received Hong Kong digital banking licenses. HSBC has not applied for such a license yet, and it is a waiting game to see who can win over customers in the Greater Bay Area.

In comparison, Chinese payments and e-wallet app Alipay launched an e-wallet in partnership with Hutchinson Holdings, owned by local billionaire Li Ka-shing, in March 2018. The service has signed up more than 50,000 merchants and 2 million users since then.

The city has granted licenses to major names including Ant Financial and leading smartphone-maker Xiaomi in the first half of this year. HKMA plans to closely monitor virtual banks, including customer reactions and their impact on the banking sector. Legacy players such as Standard Chartered and Commercial Bank of China (Asia) have separate joint ventures that have received digital banking licenses. The competition is going to be fierce among the old money managers that dominate Hong Kong’s retail banking space and the incoming slew of new generation digital financial services providers.

The rise of fintech in Hong Kong is largely due to the collaboration of the financial authorities and the fintech community, including both startups and established players. Creating fintech-friendly policies, encouraging private companies to invest and displaying wholehearted support, the Hong Kong government, especially the HKMA, have been pivotal to the development of Hong Kong as a fintech hub in the last few years. From the government-backed Hong Kong Fintech Week, to having one of the most business-friendly tax systems in the world, the city has created an ecosystem of growth and innovation.

Interested in learning more about the development of fintech in the APAC? Check out our articles on China and India.